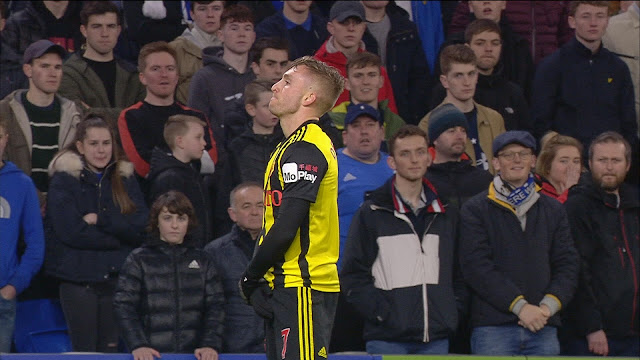 ↑ Grab this Headline Animator
Key Moments Recap :
Goal : 18′ 0 – 1 Gerard Deulofeu
Deeney’s persistence pays off!
He turns Morrison and bundles the ball past Bennett into the path of Deulofeu, who slots the ball first-time into the bottom corner! Watford lead!

Goal : 61′ 0 – 2 Gerard Deulofeu
A poor free-kick from Bennett is headed out straight to Deulofeu. He picks the ball up from his own half and sprints past Manga before rounding past Etheridge to slot in his second. Great composure there!

A delightful Deulofeu hat-trick! Capoue intercepts Arter, who gives the ball away cheaply, before slotting through Deulofeu who majestically dinks the ball over Etheridge into the bottom corner.

Man Of The Match : Gerard Deulofeu