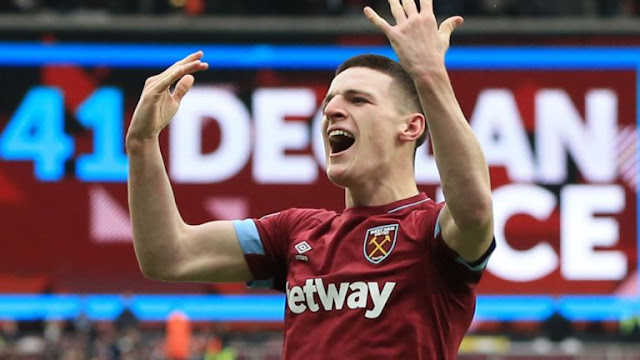 Key First Half Moments Recap :
28″:  CHANCE! Arnautovic evades the offside trap before diverting a long ball into the path of Nasri. He then lays it off the late-arriving Anderson, who drills a crisp strike inches wide Leno right-hand post.
22″ :CHANCE! A deft flick from Iwobi releases Kolasinac in behind the West Ham defence. The Bosnian chooses not to try and Aubameyang at the far post and instead cuts it back for Lacazette, but Rice senses the danger and bails the Hammers out with a crucial interception.
13″ : CHANCE! Aubameyang and Iwobi combine in midfield and present Lacazette with the ball in front the West Ham defence which seems to part in front of the Frenchman. He drives into the area a draws Fabianski into save before firing the rebound over from
6″: CHANCE! Antonio brilliantly keeps the ball in play on the right flank, drives in field and picks out Noble on the edge of the area. The Hammers skipped then plays a neat one-two with Nasri to open up a sight of goal, but his tame left-footed shot is comfortably saved by Leno.
Goals (1-0) And Cards
46′ Shkodran MustafI
48′ Declan Rice 1 – 0 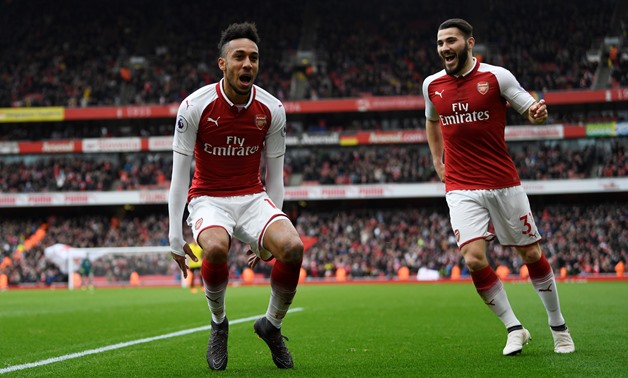 Mesut Ozil, Laurent Koscielny, Hector Bellerin,
Nacho Monreal, Shkodran Mustafi and
Konstantinos Mavropanos returned to training this week and back in contention.
However, Danny Welbeck and Rob Holding remain on the sidelines.

“We cannot sign anyone permanently,” Emery said ahead of Arsenal’s game against West Ham on Saturday. “Only loan players this January.”
” I don’t know his situation now. We can only sign players later on. I know the club is working on possibilities of which players can help us with big performances like we need now.” 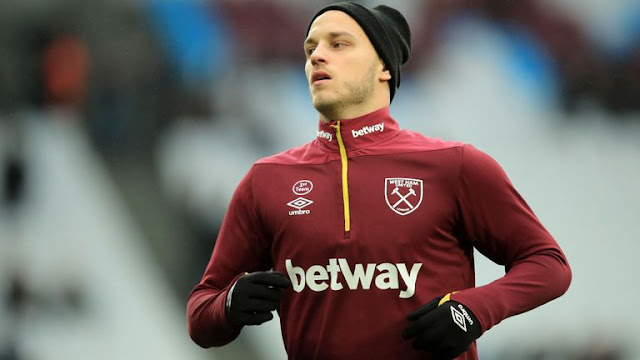 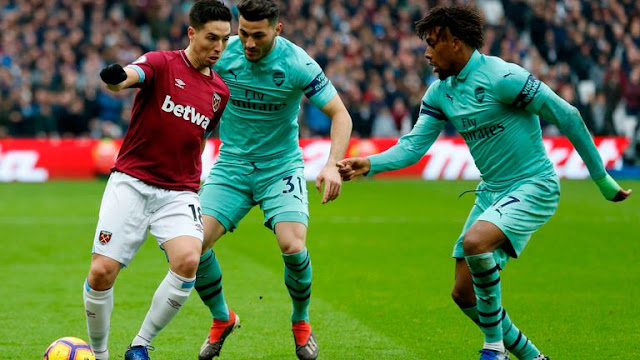