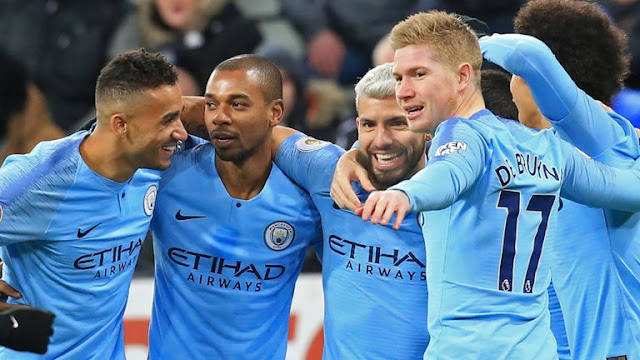 1″ 0 – 1 : Just 25 seconds after kick-off, City take the lead.
Sterling cuts in from the right side of the box and curls the ball towards the back post. David Silva gets to it ahead of Dubravka and stoops to head into the middle where Aguero fires into the net.

1-1 : A cross from the left comes out to the edge of the box and is headed forward towards a crowd of bodies. There’s three defenders around Rondon but he still manages to get off a volley that flies into the bottom corner from 10 yards out.

2-1 : Ritichie has to wait for ages as Ederson gets checked out by the medical team for an injury. Ederson stays on the pitch but he can’t keep out the penalty as Ritichie fires it hard and low past the goalkeeper.

Man Of The Match : Salomon Rondon