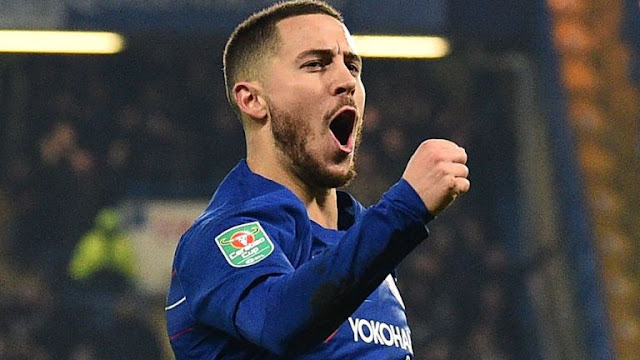 Eden Hazard has been Chelsea’s key player in recent years but has also made known  he would love a move to Spanish Giants Real Madrid..

Maurizio Sarri will not be an obstacle to Eden Hazard if he really wants to leave Chelsea but doesn’t see Callum Hudson-Odoi leaving for Bayern Munich, as he has the characteristics of becoming Europe’s best player.

“The situation of Eden is different,” Sarri told reporters ahead of Wednesday’s Pre
mier League clash at Bournemouth.
“Eden is 28. If he wants to go, I think he has to go.
“Of course, I hope the opposite, I hope he wants to stay here.
“He has the potential to be the best player in Europe at the moment.”

Chelsea might end up losing the Belgian as a free agent at the end, ending seven fruitful years with two Premier League title wins and last season’s FA Cup trophy to show for his time at the club..