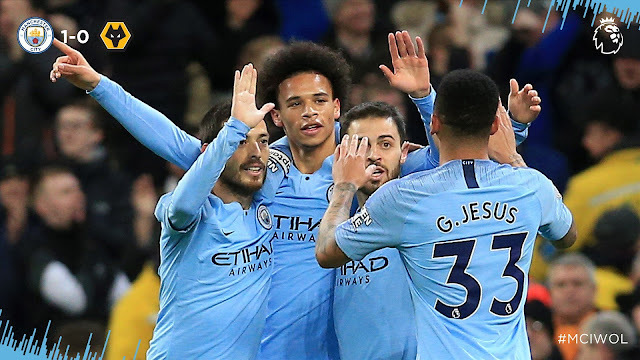 Key Moments Recap :
10″⚽: And then in an instant, City take the lead.
Patient build-up at the back leads to Aymeric Laporte seeing the run of Leroy Sane down the left as he cuts a brilliant pass between centre-back and wing-back down the left, and the German’s low cross is tapped in at the far post by Gabriel Jesus. City are up and running.
19″ 🔴 Straight Red : Wolves find themselves a goal and now a man down as Willy Boly is shown a straight red card.
It was reckless and the studs were showing as he catches Bernardo Silva. After a brief pause, referee Pawson brandishes the red.
Thankfully, Silva looks like he’ll be OK to continue but it was a nasty challenge deserving of a red.
⚽78“ :It has felt like only a matter of time before De Bruyne was going to be involved in a third Manchester City goal as the corner is taken short to the Belgian.
His whipped cross takes at least one deflection off the head of a Wolves player with Romain Saiss and Conor Coady both appearing to get purchase on it before the ball nestles in the bottom corner. City deservedly stretch their lead.
Goals (3-0) And Cards
⚽10′ Gabriel Jesus 1 – 0
🌕13′ Fernandinho
🔴19′ Willy Boly
⚽39′ Gabriel Jesus (pen.) 2 – 0
⚽78′ Conor Coady (o.g.) 3 – 0 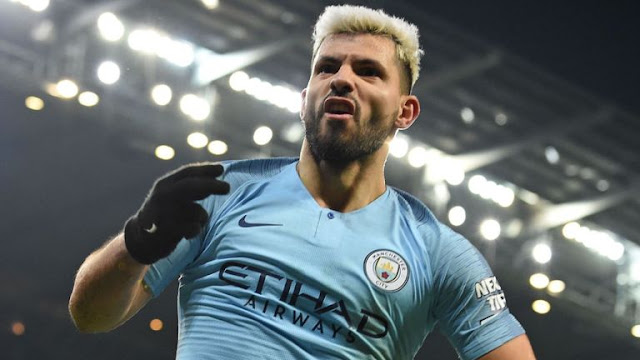 “I never did it, thinking how far we can go, or what we can achieve,” Nuno insists. “It doesn’t make sense changing our approach now. It’s day by day.
“There is no doubt what moves the club. It is the team, so this is what I must be really focused on, not thinking about anything else and not thinking about the future. Knowing that, if we can maintain the same levels of discipline, commitment and focus, 2019 can be good. So let’s go for it.”

“We realised in the first game how complicated they would be,” he said.“They are strong physically, make good runs in counter-attack. They defend well and deep, they control many areas.“That is why they are doing incredibly well in the Premier League.”

Stats Ahead Of Game