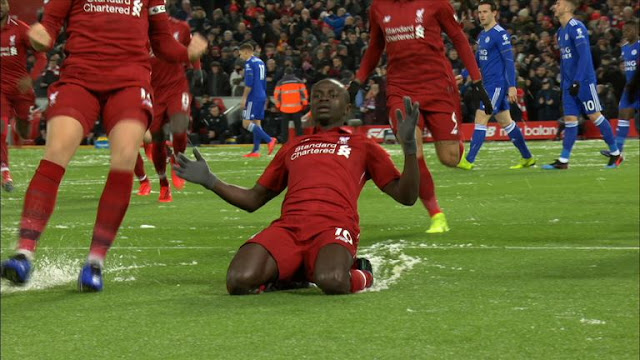 ↑ Grab this Headline Animator
Key Moments Recap :
3″ 1 – 0 : It’s wonderful play from Sadio Mane as he plays a one-two on the edge of the Leicester area at the end of a 30-pass move before curling a sumptuous shot into the far corner beyond Schmeichel.
Liverpool in front before Leicester even had the chance to touch the ball.

45″ 1 – 1 : And there is a twist in the tail for Liverpool! The free-kick is whipped into the area, it cannons around before a second cross is sent back in. A handful of Leicester players are offside but Harry Maguire isn’t as he ghosts in at the back post to calmly finish into the bottom left-hand corner to stun Anfield.