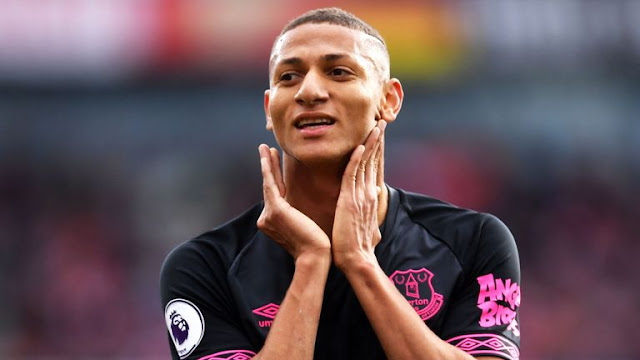 ↑ Grab this Headline Animator
Key Moments Recap :
3″ 0 – 1 : Bernard slips through Tom Davies down the right with too many Huddersfield players ball-watching.
His cross finds Richarlison, and despite Lossl making the save from his initial effort, the ball comes straight back to the Brazilian who makes no mistake from close range for his 11th goal of the season.

Man Of The Match : Michael Keane

Everton Manager Marco Silva : “Gylfi Sigurdsson and Andre Gomes are okay. They are available for selection this weekend.”
“It’s a normal situation for a club like us. I am here to look for each match and understand what will be the best squad list for each match.
“[The players] are working every day. One match we played Michael and Zouma with Jagielka on the bench and the next he is not on the squad list.
“I don’t sit crying every day. Even if one of the best players in our squad [is injured] it is a good moment for another player in the squad to come in.
“They know this moment, the players who aren’t playing, it is important to keep working.”
Stats