Skip to content
HomeBoxing NewsDemetrius Andrade Claims, He Is The Best At 154, 160 And 168 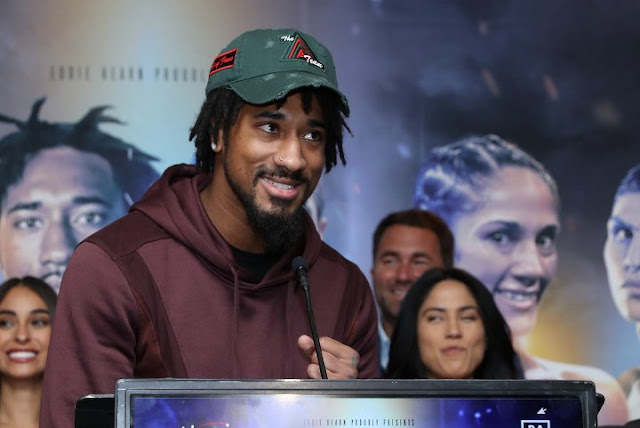 The two-weight World Champion and present WBO World Middleweight Champion Demetrius Andrade will be defending his title for the first time against  tough Russian Artur Akavov,  on a highly stagged World Championship triple header from Madison Square Garden, presented by Matchroom Boxing USA, live on DAZN and Sky Sports in the UK.

Demetrius Andrade, who is aiming to unify titles at middleweight, will love to make a statement against Akavov and that, to further solidify his status at 160. He also claims to be the best in the division, at 154 and 168.

“It’s a long time since I’ve been active, and it’s great to be back in the ring. Andrade Said
“I’ll take every opportunity that comes my way and I believe I am the best talent out there at 54, 60 and maybe even 68.
“This Friday night you will all get a taste of what Demetrius Andrade is all about when I take care of business.”

Other Fights on the card include, Ireland’s TJ Doheny defend his World Super Bantamweight Champion against Japan’s Ryohei Takashi. Jorge Linares in his 50th bout will build towards a world title in a fourth different weight class, as he squares off against the always entertaining Pablo Cesar Cano for the WBC Silver Super Lightweight title.

Amanda Serreno contests the vacant WBO World Super Flyweight title against Eva Voraberger, as she hopes to win a title in her 7th division.

Chris Algieri squares off against stablemate Daniel Gonzalez,  as they both aim to get a shot at Maurice Hooker. 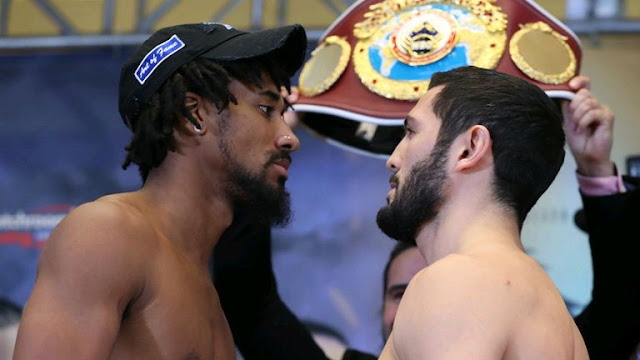