Danny Jacobs Backs Himself Against Danny Jacobs : Let’s Hope The Judges Are Fair, When I Face Canelo Alvarez 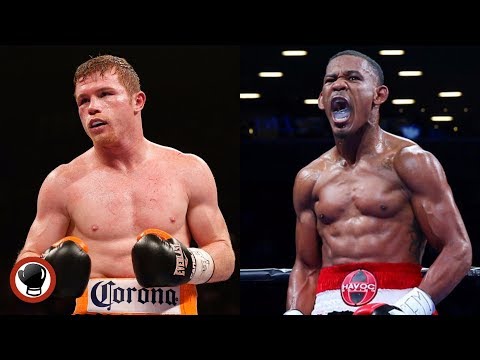 T-mobile Arena is the front runner for the fight and the confirmation of the fight leaves former champion Golovkin facing a wait until the second half of 2019 before a trilogy fight.

Visibly the underdog into the fight, Jacobs sees himself with more advantages than his upcoming opponent and just as every fighter who faces Canelo Alvarez, seem a little scared of biased Judges.

“Let’s hope the judges are fair. I’m definitely one of the strongest opponents Canelo has faced. ‘GGG’ is not as fast as me. I am taller, I have more range, and I think I’ll win, I’ll use my best attributes, and I’ll win by decision or even by knockout,” Jacobs told Fighthype.com.
“I am a completely different athlete, I am multifaceted, I do not have to study what Golovkin did (against Canelo), it is not new for me to achieve the impossible, I won the opportunity and I am proud, my legacy is at stake.”

Canelo Alvarez has two belts in his possession and a win will leave one belt left to be undisputed at middleweight. Demetrius Andrade holds the WBO version of the middleweight titles.