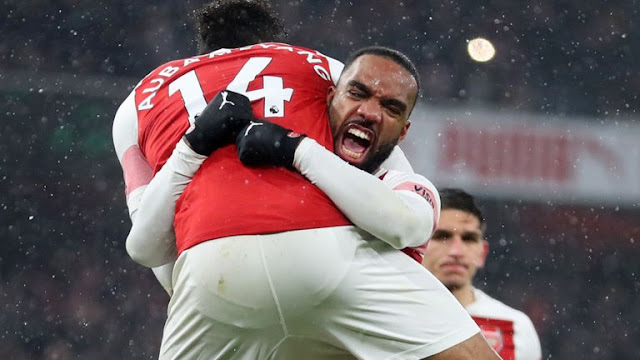 ↑ Grab this Headline Animator
Key Moments Recap :
1 – 0 : Cool as you like from Pierre-Emerick Aubameyang, as he sends Etheridge diving to his left before stroking the ball in the other direction.

2 – 0 : And Alexandre Lacazette wraps things up nicely for Arsenal with a well-taken solo effort.
The Frenchman skips away from Bamba on the right touchline before driving towards the Cardiff area, where he fires a shot straight through Etheridge and into the back.
This has been a valiant display from Cardiff but that is surely that.

2 – 1 : Paterson jumps to meet a cross at the back post, diverting the ball to Nathaniel Mendez-Laing, who brilliantly shifts onto his left foot before picking out the far corner of Leno’s goal.

Man Of The Match : Bobby Reid.