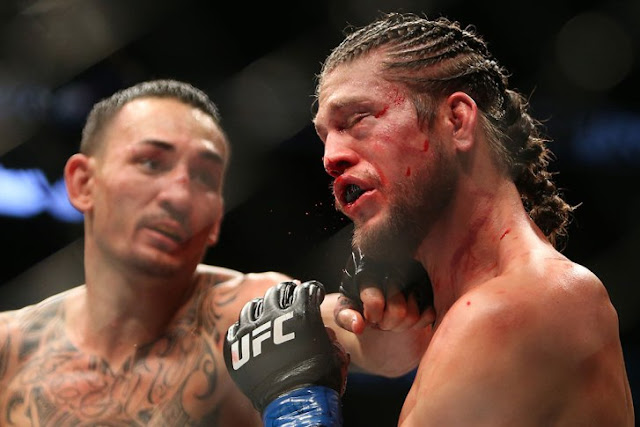 From the opening bell, Holloway used strikes, avoided take downs and with no time created a Bloodied face of his challenger up until the fourth round, when the Ring side doctor couldn’t take witnessing the fight. He called for the stop age