Tyson Fury – Anthony Joshua Will Be Nailed By Deontay Wilder, He Cant Move 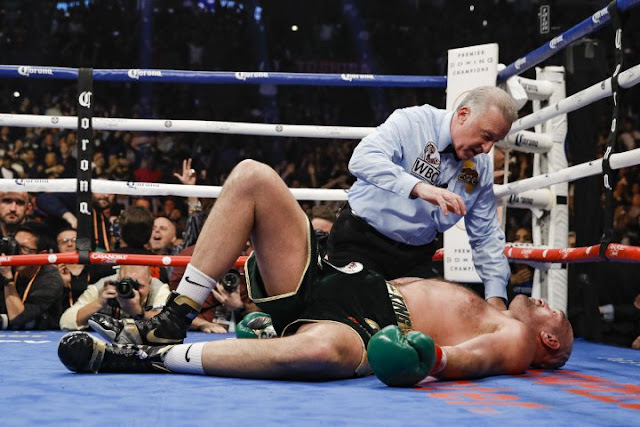 Deontay Wilder dropped Tyson Fury twice, in the 9th and 12th round and the later was almost a knockout, if it was a less experienced  referee officiating the fight.

After the fight, Tyson Fury confirmed and created awareness to the power he felt  giving clearly why Anthony Joshua hasn’t fought the unbeaten WBC heavyweight champion.

Tyson Fury felt that right hand with two minutes left in the fight and appeared down and out, yet barely beat referee Jack Reiss’ count, came back and hurt Wilder with right hands that prevented Wilder from finishing him off. Speaking after the Fight in a press conference said.

“It’s no secret Joshua didn’t want this fight,” Fury said during the post-fight press conference, “and he didn’t want it for a reason – because Deontay Wilder is the most fiercest puncher in boxing history, in heavyweight-division history. And I saw that tonight and I felt it. No wonder AJ didn’t want no part of that right hand. He can’t move like he. He’d have been nailed!”

“No way,” Fury said. “No way. He can’t move, so he never would’ve gotten out of the way of Wilder. Wilder’s got lightning fists and he has dynamite in his hands. Great fighter. I respect him a lot.”

Both fighters expressed respect for one another and also feel the same way about Anthony Joshua, who holds the IBF, IBO, WBA, WBO Heavyweight Titles. 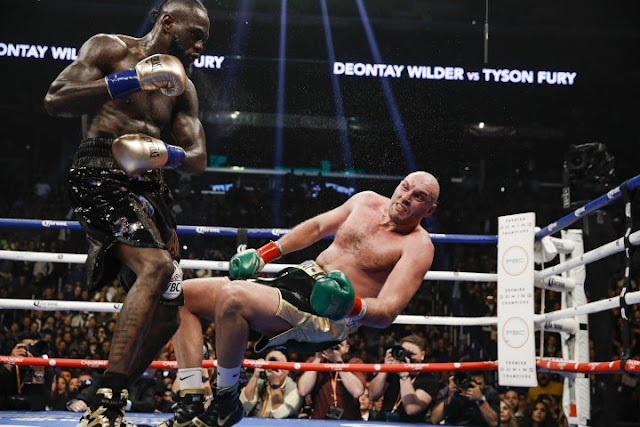 Deontay Wilder And Tyson Fury will be hoping to agree on a rematch in the UK, leaving England’s Joshua (22-0, 21 KOs) likely will defend his IBF, IBO, WBA and WBO titles against another opponent April 13 at Wembley Stadium in 2019.

“Listen, I stood up for me country,” Fury said, “I stood up for me people, me pride, me family name and I represented the United Kingdom and Ireland tonight. And I done it well. I’m proud and I just wanna say that I am a true-bred, fighting man. And Wilder came over to the UK and showed it up. He called out Joshua and he got offered a lot of money – a lot of money, money that could change countries, money that could make broke countries rich [$50 million]. He turned it down. And I come in here – I said to Deontay, ‘I’m sorry for what’s happened to you.’ Deontay’s got the text and I’m sure he’ll tell you the same.

“I said, ‘I’m sorry what’s happened to you.’ I said, ‘But you offer me the fight,’ I said, ‘I will not turn it down. I promise you.’ I said, ‘I am the fighting man and I’ll step up and represent my country.’ And tonight I did that. And I just wanna say that it was a great opportunity. Deontay Wilder’s a good man, a good fighting man. And I respect him. You saw that after the bell. The buildup was the buildup, and we had a great buildup. I don’t remember a better buildup than that for any fight. Two heavyweights, we’re both – I had a great dance partner. And I just wanna say, Deontay Wilder, he can definitely fight and he’s definitely a showman. He definitely can talk.”