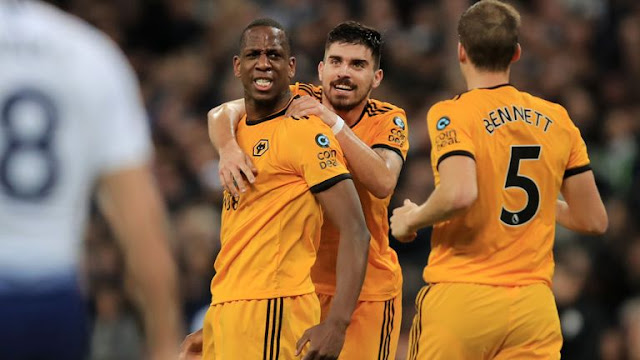 Man Of The Match : Raul Jimenez

Nuno Espírito Santo On Facing Spurs : “Like me, I really enjoy watching Tottenham play. I am really thankful for that compliment and it shows the work that we have been trying to do, build a team and an identity,” he said.
“That doesn’t mean that we are going to go there with a smile. We are going to go there to compete.”
“It was a fantastic day, I really enjoyed and appreciated it. Since then, we have established a very nice relationship.
“They [Tottenham] are in a very good moment. 11 goals in two matches in a very busy part of the season. That shows the quality of the squad and the management.”

Nuno’s 2019 Expectations :  “Of course, this is our expectation. We want to improve, keep on building and become stronger,” he said.
“We are looking forward to 2019. If we can repeat the success we had in 2019, then it means we are going in the right way.
“To get better is the only philosophy that I understand. Each day of your life you have to improve.”