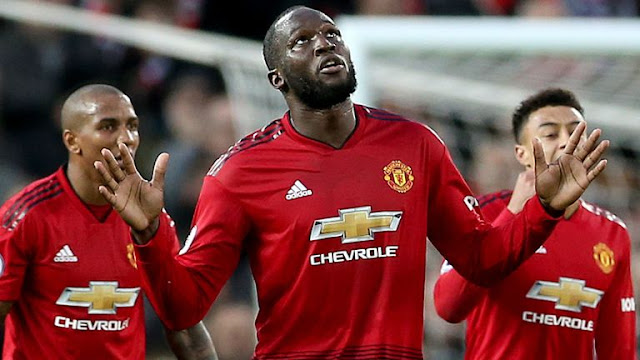 Jose Mourinho has been one of the closest players to Manchester United forward, with both significantly standing up for one another in the hard times at the club.

It is no surprise, Lukaku claimed Jose Mourinho had answers to his questions on his recent drop in form.

Lukaku scored 27 goals in his debut for Manchester United but struggled to replicate that this season and had just ended his 12-match goalless streak for United at Southampton last weekend and then scored at Old Trafford for the first time since March in Saturday’s 4-1 win against Fulham.

Jose Mourinho had much faith on the Belgian but the 25 year old claimed  he knew he had to do better to improve his game.

“I think I just need to keep working hard. Me and the manager had good conversations in the last couple of days, where really he told me what he wanted from me.

“I know from my side I have to do better, and I just keep looking forward and improving, trying to add into my game and help the team to win.”

The Forward expressed happiness in his recent Form, believes he played well and claimed he had to add up some muscle, as game intensity in international football is quite different from the Premier League.

“[Against Fulham] I think I played with intensity like everybody else did. For me, I was happy to play at a decent level again and now it’s all about improving and continuing on a consistent basis.”

“(I added) a little bit of muscle,” he added. “It was at the World Cup. I just felt great and I think I played great over there, and then when I came back it is a different type of style.

Manchester United play Valencia (Check Out The Preview) in a Champions League on Wednesday and after then be preparing to face Liverpool FC in the coming Weekend.