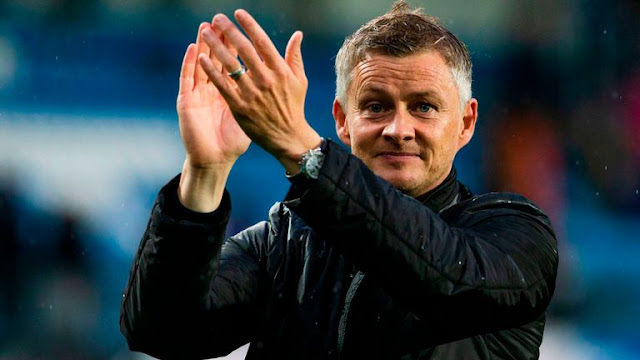 Manchester United sacked their Portuguese Boss Jose Mourinho after two and a have years in charge of the club earlier this morning, with former skipper Ole Gunnar Solskjaer lined up as a possible replacements.

However, Manchester United prematurely  announced Solskjaer as their new interim Manager in a now deleted video, captioned “The Most Famous Night of Ole’s Career” and the video “Solskjaer becomes our interim manager, 20 seasons after clinching the Treble with THAT goal at Camp Nou…”.

Apart from that, there are other clues on the United’s official website that commemorating some of Solskjaer’s best moments in a United Shirt.

Solskjaer had managed United’s reserve side from 2008 for two years before been hired by Molde. He then had a bad eight-month spell ararou Manager of Cardiff City in 2014 before returning to Molde in 2015
He has just signed a three year deal that is surposed to keep him there till 2021.