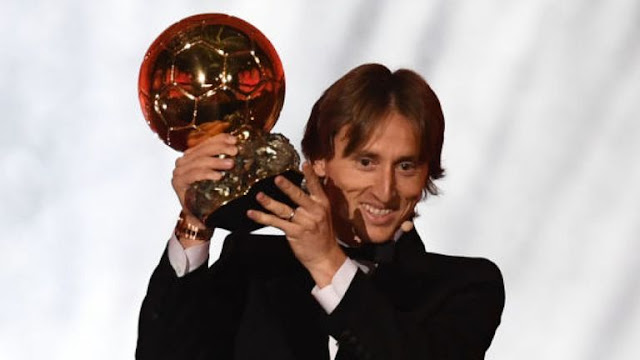 Ronaldo and Lionel Messi had been the most dominant footballers of the last decade, claiming five each for the last ten years, but that changed on Monday night, Luka Modric broke that dominance, adding the Ballon d’Or to his already acquired UEFA Award and FIFA Best Award to capping a very great yyear for the Croatian.

Jose Mourinho Would Be Punished Severely, if he did Jurgen Klopp’s Celebration