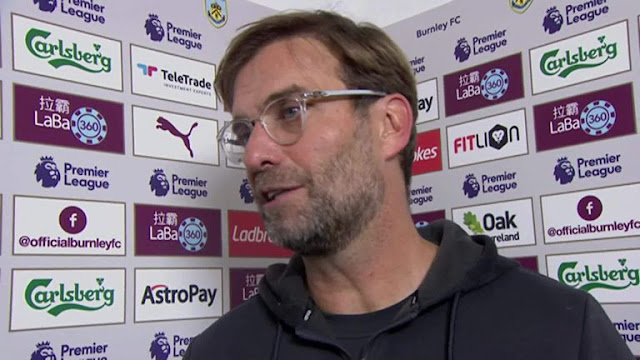 Jurgen Klopp has lamented the treatment of his Players during the 3 – 1 win over Burnley on Wednesday, due to tackles that eventually cost the Reds Joe Gomes. Although, there is no confirmation on how long he will be sidelined.

The Liverpool defender was stretched off the pitch, during the game on Wednesday, with a scheduled Ankle scan to be carried out on Thusday to confirm the extent of the Injury.

Maurizio Sarri : My Team Became Another Team After First Goal

He also criticized the dangerous tackles from the Burnley players, though admitting some weren’t clear fouls but tackles that also cleared away the players.

“I said after the first challenge, I don’t know who did it, a sliding tackle from six/seven yards, getting the ball, everybody likes it, I said to the ref ‘it’s no foul but please tell them you cannot do that” Kloop Said.

“Nobody can judge that. You get the ball, nice, but it’s like bowling because you get the player as well. It happened four or five times, everybody likes it, but Joe is injured, and probably not only a little bit. 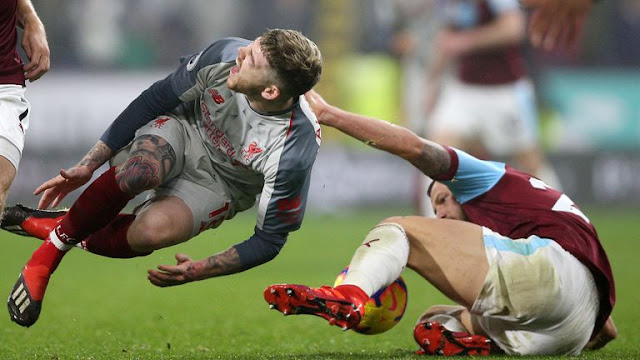 The German made clear, he expected the Clarets to be aggressive but said that, the Burnley players got a little over the line with it.

“They wanted to be aggressive. Aggression is a part of football. You try something and you need someone to say ‘be careful’.

“There were a lot of situations, challenges. There was nothing to say ‘wow, too much’, they were normal challenges. But with six or seven yards and then (slide) these times are over. They are over.

“It’s not how it should be. Let’s play football.”

Lionel Messi Has Only One Skill – Brazil Legend Pele