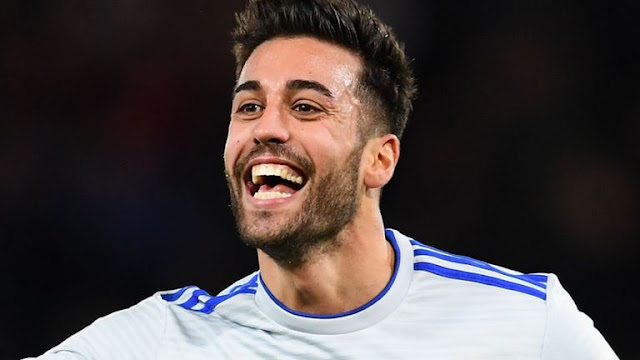 Man Of The Match : Victor Camarasa

Claude Puel On Cardiff City Test: “We had to adapt to playing without possession and to try and counter-attack.
“We managed both these games well but against Cardiff will be very different. They play with a direct style and a lot of fight and we will need to be ready for this.”
He added: “People think it will be easy to have a good result against Cardiff after beating City and Chelsea but it is another game with other difficulties.”

Puel On Leicester Title Winning Season : “That season [Leicester’s title-winning season], Leicester managed to play only counter-attack but after that it is difficult to maintain those results and performances because all the teams know how Leicester play.
“Now it is important to improve and put in place all these possibilities.”

Puel Thanks Cardiff For Vachai Support : “When we played Cardiff away it was a tough game because it was the first game after the accident. There were a lot of emotions,” Puel said.
“We managed to play with a good level and we had a fantastic response. It was a fantastic feeling with our fans after the game.
“I would like to thank also the Cardiff fans because they have been fantastic with their support for our chairman.”

Cardiff Boss Warnock On Leicester City : “They’ve improved every year, they’ve kept their best players, they haven’t sold them, they’ve invested in the squad and that’s been really good management from them.
“When you start on the bottom of the ladder like we are, we’ve got to look at that model and think that is possible. But it’s really a slow process and you’ve got to try and improve it every window and try and keep in the Premier League.
“I was rooting for Leicester when they went to win the Premier League because everyone wants the underdog. They’re got really good players, one of two England players now and quite rightly so.”

Cardiff City Boss On Recent Struggles : “In the last couple of years we’ve had challenges thrown at us all the time,” he said.
“We’ve run where we should be walking, we’ve actually had to sprint. First of all it was to avoid relegation to League One, then to try to get a squad to compete in the Championship, then when we were up there to try and keep us up.
“Then when we got promotion, can we improve the squad and now can we stay in the league. Every six months it’s been an absolute battle for us, maximum requirements.”