Skip to content
HomeChampions LeagueJurgen Klopp Surprised By Allison Save, Would Pay Double For Him

Jurgen Klopp Surprised By Allison Save, Would Pay Double For Him 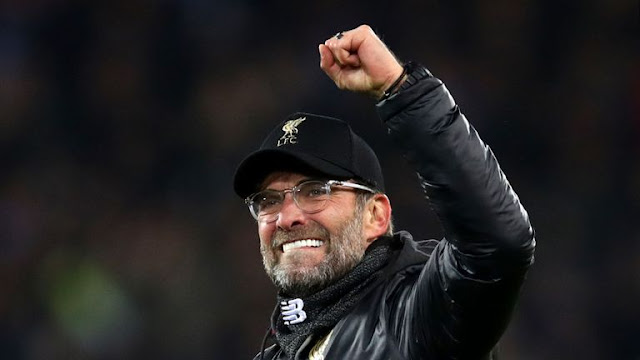 Jurgen Klopp had Allison to thank for the qualification into the Knockout stages of thh UEFA Champions League, after the shot stopper made an incredible point-blank stop to prevent Napoli’s Arkadiusz Milik from scoring in injury-time.

The score would have ended 1 – 1  which means, Liverpool would be in the Europa League in the spring but thanks to the save, Liverpool finished second behind PSG. Watch Highlights

“The goalie made the save of the season,” Klopp told Viasport . “I have no clue how he made that save. Thank God we have him. If I’d known how good he was, I’d have paid double … I think nobody expected a save in that situation. It’s a goal, no?

“He had a lot of things to do tonight but how cool and calm he was says a lot. But still he needs the other boys around, so he doesn’t have to make 100 saves like that.

“It was unbelievable, what the boys they did tonight, it was so special. They created such an incredible atmosphere I am still full of adrenaline about it, just unbelievable.”

Liverpool will now turn sights to the most hectic Premier League period and first will welcome last seasons runner up, Manchester United to Anfield. A crucial tie for both sides.