Skip to content
HomePremier LeagueJurgen Klopp : I Didn’t Mean To Be Disrespectful, But I Couldn’t Stop Myself

Jurgen Klopp : I Didn’t Mean To Be Disrespectful, But I Couldn’t Stop Myself 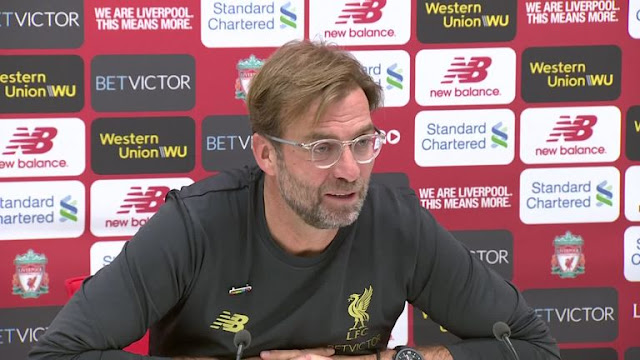 Jurgen Klopp has been placed on the knife by the FA, for his celebration after his team stole three points with a late goal against Everton at Anfield on Sunday.

The German had after the game, issued an apology for his actions which has now attracted a Misconduct Charge and today claimed, that he never meant to be disrespectful.

“I didn’t want to be disrespectful but I couldn’t stop myself,” Klopp told Sky Sports. “It just happened.

“The plan was not to run [onto the pitch to celebrate]. When I chose to stop I was close to Alisson. He was surprised. It was the last situation of the game. Both teams delivered an unbelievable fight.”

Concerning the FA Charge, the German welcomes it and says he has no problem paying a fine, Sighting the fact that no one is infallible.

“I have no problem with that, I think it is completely normal. The last time I did it was about 14 years ago. In 14 years I’m probably not that quick anymore, it will be fine.

“I have no problem to pay a fine. We all make mistakes, usually I learn from them – at least for a long period. It will not happen that quick anymore.

“It is not a massive mistake but if there was no rule against it then we as managers would constantly celebrate on the pitch, and the whole bench would run there. That is the strange thing.

“I don’t think anyone thought it was massively wrong or whatever. Not even the ref – they were surprised themselves that somebody was running that direction.”