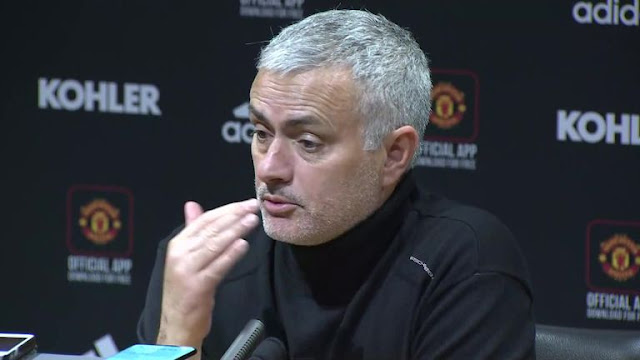 Manchester United Boss Jose Mourinho saw his side concede two goals via glaring mistakes and also showed heart, by equalized those goals immediately after conceding them. A results that leaves them eight and winless in four Premier games.

David de Gea’s error gifted Arsenal the opener at Old Trafford, while the second mistake came from Marcos Rojo in on Arsenal striker Alexandre Lacazette. Goals that got equalized by Anthony Martial and Jesse Lingard respectively.

Mourinho instead applauded his side for their courage in the comeback draw, also sighting the different selection issues, he had before the game.

“At the top of these problems, during football matches, we shoot ourselves [in the foot]. Today we had a very, very good start, everybody was expecting 1-0 for us – we score. 1-0 for them.

“The team had a very good response, had a big soul. We scored four goals and drew 2-2. Even in matches like today where we play well we always shoot ourselves [in the foot]. Sometimes we miss chances with open goals, sometimes we make defensive mistakes, but a fantastic spirit and good performances.”

Jose Mourinho laid huge Praises on the debuting Diogo Dalot, Damian and Marcus Rojo for their performances on the night, despite their short comings in the defense. He also showered praises on the team for their team spirit, though admitting there should have been more quality in some Areas.

“But we have to be happy with the spirit, the effort, the dynamic, the intensity, the understanding of our difficulties, the changes we made in the team to try to be more compact” Mourinho added.

“Behind was a kid [Dalot] with a first start, Eric [Bailly] half-injured and without playing for a long time, Smalling injured – I have to say injured – Marcos Rojo’s first minutes of the season, [Matteo] Darmian with a third start; it was lots of people in very difficult circumstances.

“I could speak about everyone, including Marcos Rojo, that in my opinion played a very good game. I knew it, with the surgery, when [Rojo] was coming back he went to the national team and played two matches in three days, and he had a problem again.”

Brazil Legend Pele – Messi Has Only One Skill