Jose Mourinho To Leave Paul Pogba Out Of Liverpool Clash 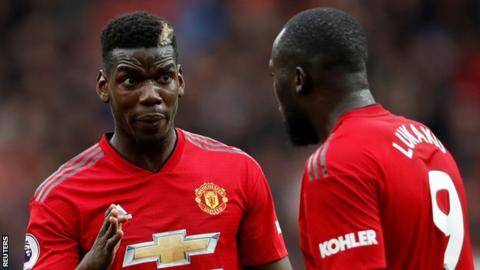 The result had other repercussions, Manchester United failed to top the group , as Italian Giants Juventus fell to Young Boys in Switzerland with the same scoreline. The game was more like an audition for some of Manchester United’s fringe players, which somehow include Paul Pogba this days.

“Pogba was poor again tonight,” Bellamy told Sky Sports The Debate.
“Mourinho isn’t getting the best out of Pogba, that’s clear. There is a lack of interest from Pogba. His performance in Valencia was concerning. I’m not sure if he is as good as a lot of people make out.
“There’s a massive game on Sunday, Liverpool versus Manchester United is the biggest game in the Premier League between the teams who have won the most trophies, an incredible fixture.
“If you’re Mourinho, after Pogba’s performance today, it will be very difficult to say he has to play, he has to leave him out again.”

“If you’re Mourinho, after Pogba’s performance today, it will be very difficult to say he has to play, he has to leave him out again.”
“Usually, these kind of performances convince the manager he would be of use in games like the one on Sunday, but going off the back of the performance in Valencia that is not the case,”
“We get reminded that Pogba won the World Cup every time we talk about him, but for a player that is used to playing in big games, he doesn’t look like he’s improving, he’s going backwards.”

Manchester United gets ready for Livepool . The biggest Clash in the Premier League…. Follow Updates On The Build Up In Our United Fan Page.