Jose Mourinho – This Is Manchester United, We Don’t Throw Away Match 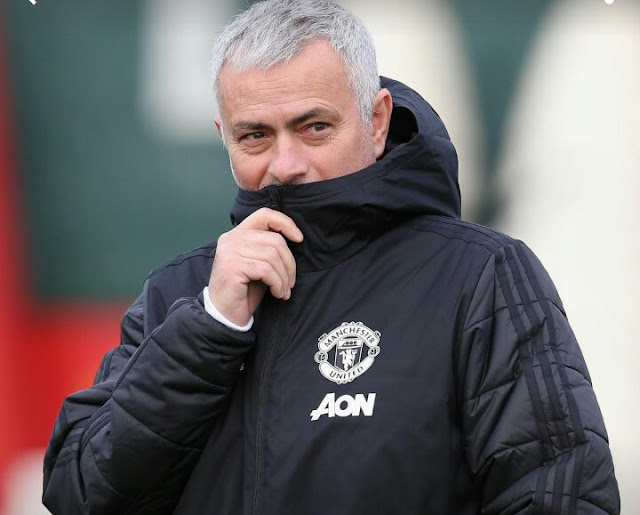 Manchester United Boss Jose Mourinho spoke to the media yesterday exclusively after the press conference ahead of Valencia game at Mestalla.

The Portuguese spoke about the pressure, thh youngsters he took with the team on the team, the upcoming game against Livepool at Anfield, Juventus and Valencia.

Jose Mourinho also a aid some good things about Mestalla, His experience and why Valencia will always remain forever in his heart.

“Yeah, I don’t want to think about finishing first or second in the group because then we must have a connection with Bern [for the Young Boys-Juventus game] to know what’s going on, and I don’t think that’s the point. Normally Juventus wins – you can see Young Boys only have one point. Normally, Juventus goes and wins to make the result of our match not important in relation to the qualification, but it’s Manchester United, we are professionals, we don’t throw away matches. You can make changes, you can rest people, you can think that the next match is more important than this one, but football is serious stuff and we have to play a serious game.”

Youngsters Mason Greenwood and James Garner Might Get Their Christmas Gift.

“Jimmy is going to be on the bench, so by being on the bench he has a chance to play. [Tahith] Chong was on the bench against Juventus [at Old Trafford] and now it’s for Jimmy to be. Who knows, the game might give us the possibility of playing him. Matic didn’t come, so there is a little space in there in case we need Jimmy to play. I think, of course, he has no experience but a good personality, a good competitive personality for him and, independent of himself, a positive message for the kids that by doing well with their teams and their coaches, there is always a chance to have a Christmas gift.”

Jose Mourinho – Valencia Draw A lot Of Games, But Inches Make The Difference

“You are right, they don’t lose many – lots of draws. If you go to us, you can say that in the last five matches we drew three in the Premier League before Fulham – against Arsenal, Crystal Palace and Southampton – and we also felt in all of these matches that one more inch and it could have been three points instead of one. These inches sometimes make a difference. Valencia are playing well, they have lots of good players, they finished fourth last season in such a difficult league. They are a good team, I think it’s just a click to change things – the click that we hope they don’t have tomorrow.”

I won here in one of the most beautiful Spanish Cup finals – Barcelona v Real Madrid [in the Copa del Rey in 2011]. I won here in this stadium and, when I have these plates on stadiums, they become forever important in my history. Real Madrid-Barcelona will always be one of the biggest finals and we played it here.”