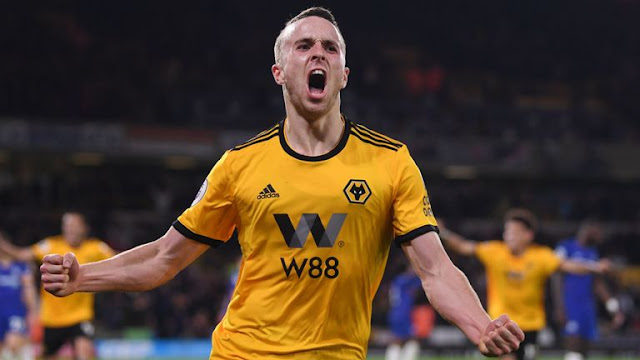 Man Of The Match :  Morgan Gibbs-White

Wolves have won a top-flight game played on a Wednesday for the first time since beating Chelsea 1-0 at Molineux in January 2011.

Wolves have defeated ‘Big 6’ opposition in the Premier League for the first time since February 2011 against Manchester United (2-1) – they were winless in their previous 18 such games.

Chelsea have lost consecutive away games against newly promoted sides for the first time since December 1999 (vs Watford and Sunderland).

Each of Wolves’ last nine league goals at Molineux have been scored in the second half.

Chelsea’s Ruben Loftus-Cheek has scored three goals in his last three Premier League games, as many as in his previous 48 combined in the competition.

Raul Jimenez has been directly involved in 53% of Wolves’ goals in the Premier League this season (8/15).