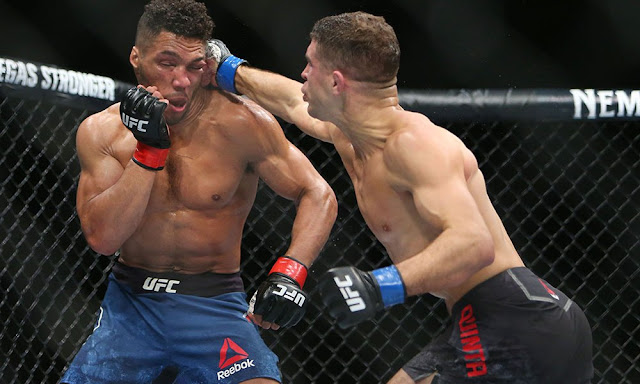 Kevin Lee (17-4 MMA, 10-4 UFC)  was a favorite going into the fight but Al Iaquinta (14-4-1 MMA, 9-3 UFC)  got him stuck struggling with his ground game, giving Lee problems settling into his game plan. Al Laquinta got Lee’s face swollen and up until the last minute continued to batter it.

Laquinta was coming off a loss to lightweight Khabib Nurmagomedov to record this win, while Kevin Lee has now won just one of his last three……….. Below is the full result.