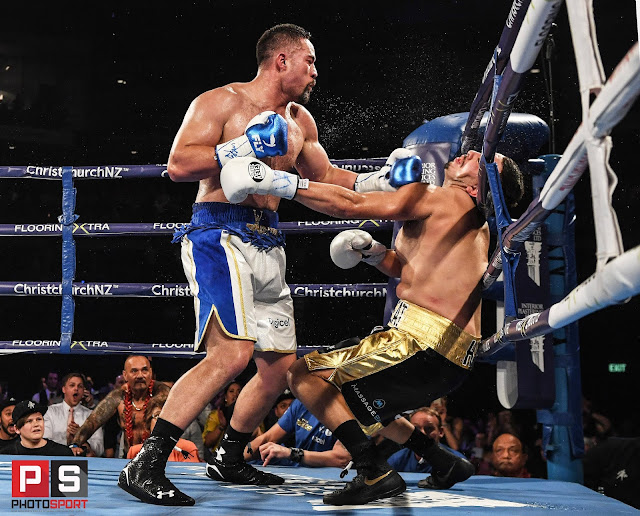 Former WBO Heavyweight Champion Joseph Parker (25-2, 19 KOs) made his way right back to the winning track with a knock out win over Alexander Flores (17-2-1, 15 KOs).

Joseph Parker has had a really rough 2018, losing his WBO Heavyweight title to Unified Unbeaten Heavyweight Anthony Joshua and a unanimous decision loss to Dilliqn Whyte in his last outing.

Alexander Flores was coming into the fight with a three fight KO winning streak and was last knocked out by former champion Charles Martin in 2014.

Joseph Parker was very aggressive from the first round, connecting good to Flores head and body, with Flores initially looking like he was ready to take those shots till the final round.

Flores was floored with a right Hook in the third but after beating the count and allowed to continue, Parker finished him off with a combination to end the fight. 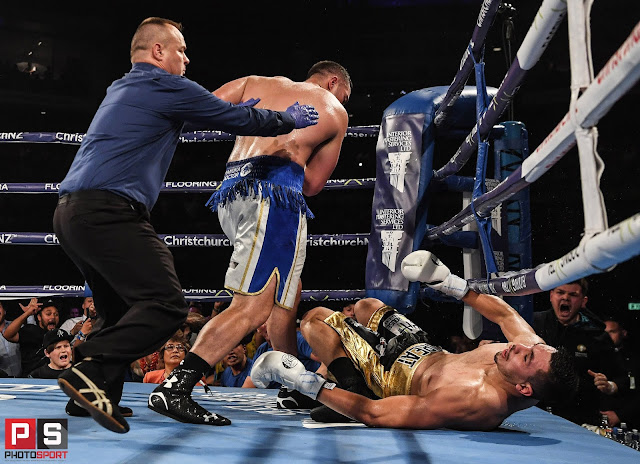 Our Boxing Fan Page For Latest News, Results And Announcements