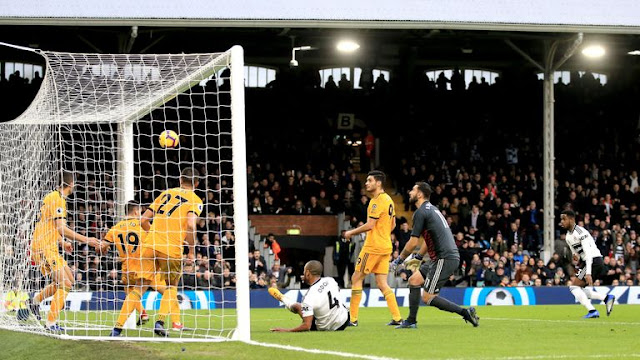 Man Of The Match :  Aleksandar Mitrovic

Premier League : Everton 2 – 6 Tottenham Hotspur Football Highlights
Preview: Fulham is hoping to stop a five game winless run against visitors Wolves on Boxing day, having tested last victory in Claudio Ranieri’s first game in charge, a 3-2 win over Southampton on November 24.
Wolves will also be hoping to be back on the win column after they saw their three game winning streak ended by League leaders Liverpool FC on Friday last week.
PL Highlights : Fulham 1 – 0 Huddersfield

Claudio Ranieri : “The atmosphere is always positive and today it is more positive,” he said.“Now our minds are on Wolverhampton. [Nuno] Espirito Santo is doing a good job, I watch their match against Liverpool. Wolverhampton played a fantastically. They create two or three great chances in the first half and Liverpool at the end won the match. It will be another tough match for us.”