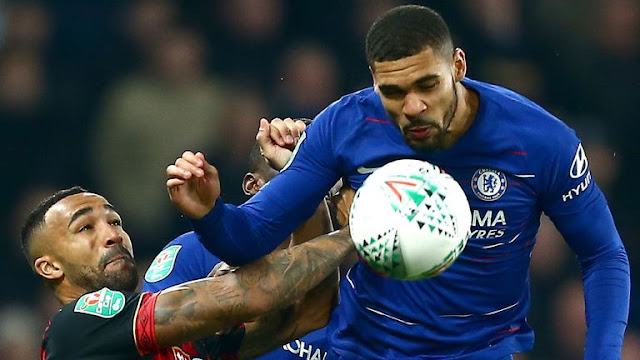 Man Of The Match :  Nathan Ake

Chelsea have qualified for the League Cup semi-finals in consecutive seasons for the first time since 2007-08.

Chelsea have won all four of their League Cup meetings with Bournemouth, with each of the last two coming in the quarter-final.

Bournemouth have lost seven of their last eight games in all competitions (W1), failing to score in each of the last three.

Eden Hazard has had a hand in 19 goals in all competitions this season (10 goals and nine assists); the most of any Premier League player.

Chelsea fired in 12 shots on target against Bournemouth; their most in a game in any competition under Maurizio Sarri.