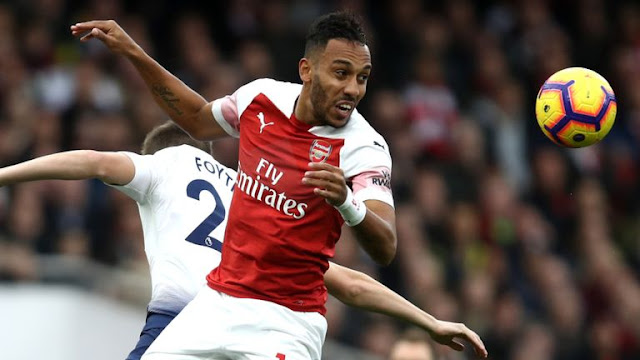 Arsenal dump  Tottenham Hotspur out of the top four with a stunning three second half Goals at the Emirates Stadium.
The Gunners took the lead briefly but lost the first half, after a good comeback from Tottenham Hotspur courtesy of Dier and Kane.
The second half took a different dimension  as Aubameyang equalized early in the second half, then two more goals from Lacazette and Torreira to seal the win.
Highlights : Chelsea FC 2 – 0 Fulham (Premier League)
Goals (4 – 2) And Cards

Arsenal have found the net at least once in each of their last 23 home games against Spurs in all competitions, since a goalless draw in November 1998.

Tottenham have dropped more points from winning positions in Premier League games against Arsenal than any side has against another in the competition (40).

This was only the second Premier League match between Arsenal and Spurs to see both sides awarded a penalty, and the first since April 2002.

Arsenal have scored more second half goals than any other side in the Premier League this season (24).