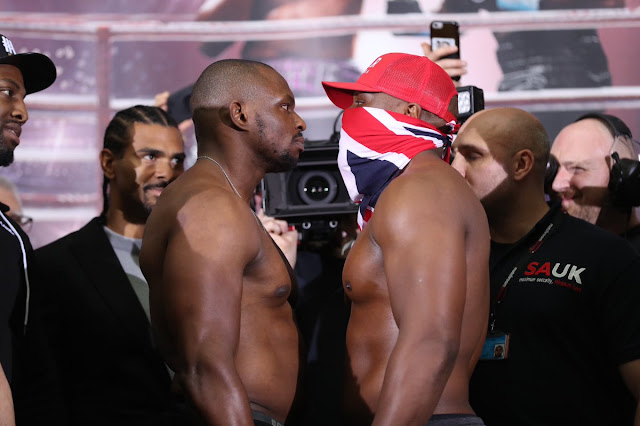 Dillian Whyte standing 6-feet-4 at 30 years and Chisora 6-feet-1 at 34 years both produced a fight of the year performances back in December 2016 and will be backed on to replicate such a show down in their Saturday night Clash in London.

Whyte edged Chisora with a unanimous decision win in their first fight and has since gone 4-0 since he beat Chisora, while Chisora, a native of Zimbabwe, is 3-1 since his loss to Whyte.

Dillian Whyte is coming off a unanimous decision win over former WBO  Heavyweight Champion Joseph Parker (25-2, 19 KOs)  and before then a sixth-round knockout of Australia’s Lucas Browne (27-1, 24 KOs).

Dereck Chisora on the other hand his coming off a stoppage win over Cameroon’s Carlos Takam (35-5-1, 27 KOs) in the eighth round in his last fight back in July, at the O2 Arena.

Those in The United States will watch the fight, streaming live on Showtime, while in the UK it will be aired live on Sky Sports Box Office pay-per-view card.

Carl Frampton Set To Do A Job On Josh Warrington