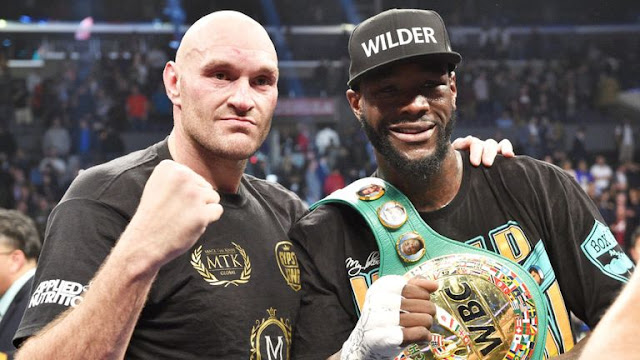 The WBC has ordered an Immediate rematch if the Heavyweight Clash between Lineal Champion Tyson Fury and WBC Heavyweight Champion Deontay Wilder on Friday.

Both fighters had left open the prospect of fighting again, with WBW, WBO, IBF, IBO Heavyweight Champion Anthony Joshua still hanging as a potential opponent for the two fighters.

Tyson Fury – Anthony Joshua Will Get Knocked Out By Deontay Wilder

The WBC Champion Deontay Wilder was being outpointed for most of the rounds but made points even with his two KnockDowns in the 9th and 12th, the later would have been called a knockout by many referees.

Deontay Wilder Ponders, How Tyson Fury Got Up

Both fighters believed they should have won the fight, but there is another chance to clear doubts, as the WBC released a statement on Friday, ordering the immediate rematch.

“The World Boxing Council conducted a voting through the board of governors, which resulted in a unanimous agreement to sanction a direct rematch between WBC heavyweight champion Deontay Wilder and Tyson Fury.

“Wilder and Fury gave boxing one of the best fights in the heavyweight division in a long time, which has created tremendous popular demand for the fans to see a rematch.

“The WBC is happy to confirm that a direct rematch has been approved and will create in a ruling which will also consider the mandatory status of the division.

“I wish to once again congratulate Deontay Wilder and Tyson Fury for their great battle inside the ring and for the exemplary sportsmanship after the bout.”