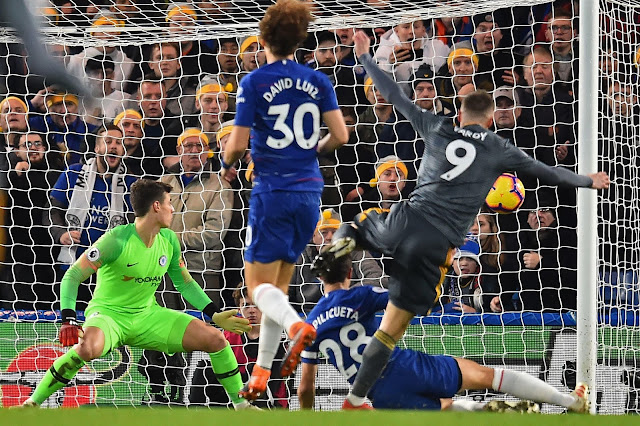 Kick Off – 4 pm
Recap So Far : Chelsea started out very strong, almost leading the game from thh first minute.. The ball just slept away from Willian at the crucial moment.
Leicester City kept their composure and created their own close Chance in the 9th, thanks to David Luiz they would be trailing. Hazard was able to hit the post with Chelsea’s first half clear cut chance in the game, before the break.
Eden Hazard Only Second Best To Lionel Messi And Cristiano Ronaldo
Leicester made Chelsea pay for their mistakes when a clinical Vardy got a laid on past just five minutes after the break.
Alonso was denied by the post in added time.
Goals (0-1) And Cards
🌕31′ Wilfred Ndidi
⚽51′ 0 – 1 Jamie Vardy
🌕81′ Nampalys Mendy