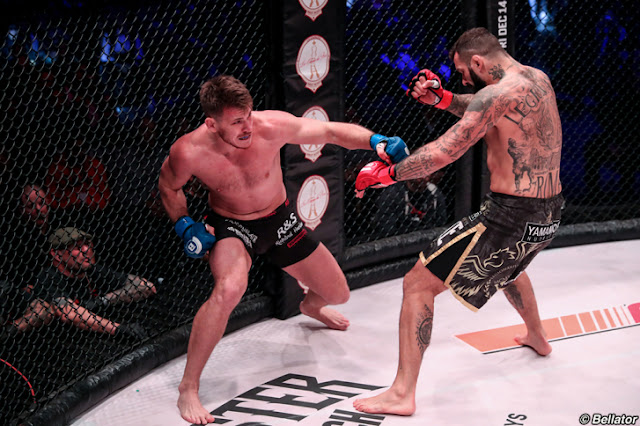 Kauppinen tagged Sakara with a left hand then followed it up with three punches to to claim the KO. The main card aired on Paramount via one-hour tape delay and streamed on DAZN.

Sakara came forward to impress his home Fans but Kauppinen was ready for that too, as they exchanged shots buckled Sakara with a combination forcing Sakara to the canvas but that was momentarily.

With just a minute into the fight Kauppinen tagged Sakara with a left that sent him to the canvas, then delayed with the follow up, as he seemed to have wanted a one punch KO, but since Sakara couldn’t just sleep the canvas, Kauppinen followed up with three punches to get the KO.