Jose Mourinho : It’s Over, Manchester United Is Past 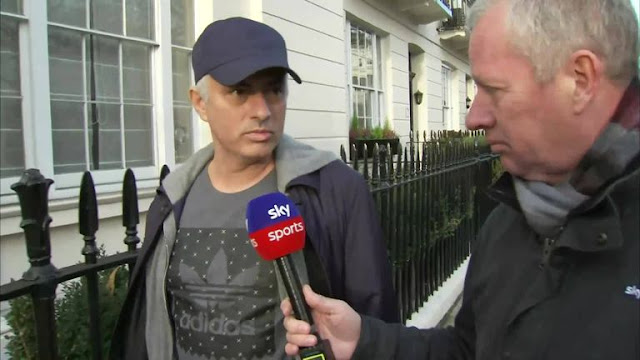 Jose Mourinho sounded differently in his first interview, since he was relieved of his duty at Old Trafford.

He sounded a little aggressive initially, while been interviewed by a Skysports Journalist on Wednesday. He claimed to still have had future in Football, but this is obviously a future without Manchester United in it.

Executive vice-chairman Ed Woodward at United’s Carrington training Base in a 9am meeting with Jose Mourinho, made known to the Portuguese his services where no longer needed at the club.

Jose Mourinho has had a very troubling third season with Manchester united and had numerous fallouts with his Players.  Especially Paul Pogba, who was before is exit featured from the bench.

The Portuguese refused to speak concerning his recent struggles at the club, saying “its Over” .

“Why should I be sharing more now, even with the supporters, any of my feelings?

“That’s the way I’ve always been. I’ve been critical of managers that speak about details about what’s happened and who is to blame. That’s not me.”

“Until I get back to football I think I have my right to live my life like I do now,” he said. “That’s what I want to do.

“Manchester United is past.”

Manchester United have appointed Solskjaer as caretaker boss until the end of the season, while they make plans for a permanent replacement.