Zlatan Ibrahimovic – Premier League Is Overrated, Left My Critics On A Wheelchair 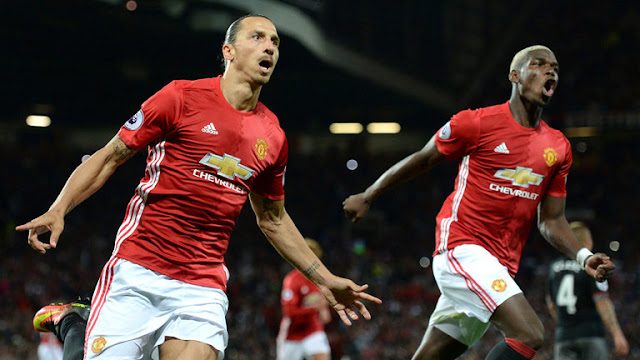 Zlatan Ibrahimovic has called the English Premier League “Overrated” and wonder how many goal he would have scored inihis prime .

Zlatan Ibrahimovic was 34 when he arrived Manchester United and before then had gathered trophies around Europe —Malmo, Ajax, Juventus, Inter, Barcelona, Milan and Paris Saint-Germain.

Zlatan in his first season at United, scored 28 goals in all competitions before an injury ruled him out towards the end of the season.He failed to find form in his second season and eventually moved to MLS.

“People said, ‘You don’t need to go to England, because if you fail in England, people will always say you weren’t good enough’. Everybody was against it. And guess what? That made me motivated. That gave me adrenaline.”

He told the magazine FourFourTwo that his motivation, was based on the Premier League hype and silenced his critics at his age, Ibrahmovic said:

“I liked the Premier League. I found it very motivating and very exciting. It gets a lot of attention, although I feel the quality is a little bit overrated – the individual quality, the technical part.

“As I said when I was in England, you’re lucky I didn’t come 10 years ago, because if I did what I did at 35 years old, imagine it if I was 25. Then it would have been a different story.