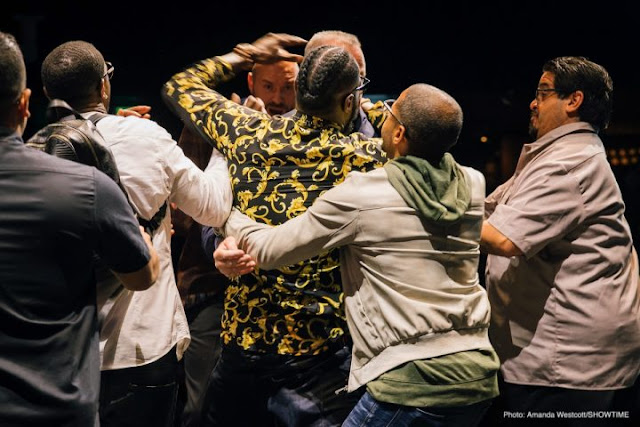 Both fighters, had to be separated, after observing both had almost gone for blows, sparking a malee during the Pre – Fight press conference, which involved both camps but Fury believes that, it was Wilder’s Fault.

“Deontay Wilder needed to do something so he started getting in my face,” said Fury.
“I believe he wanted me to hit today so he could get out of the fight, or get me a massive fine. But I was not going to do that.

“It was a just a load of rubbish really. I’m quite disappointed that it had to come to that sort of stuff, those tactics, at such a high level.

“I apologise for the conduct on both of our parts because tempers were high and he does need to prove a point.”

Photos Of The Brawl 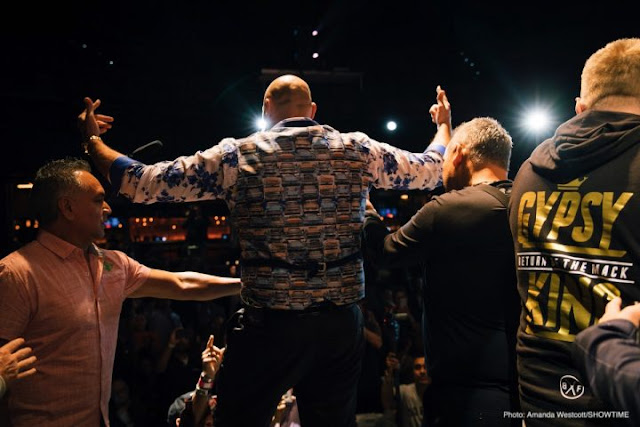 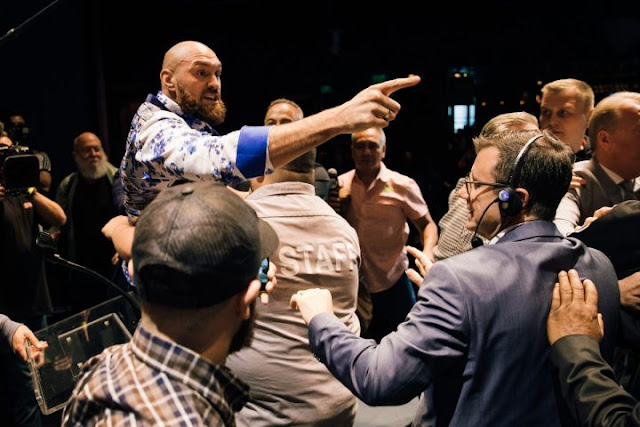 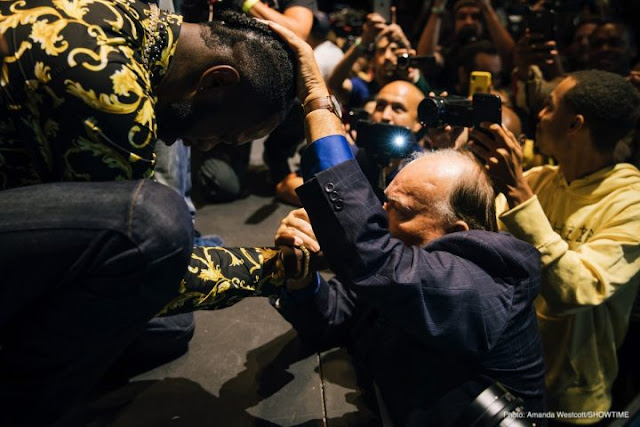