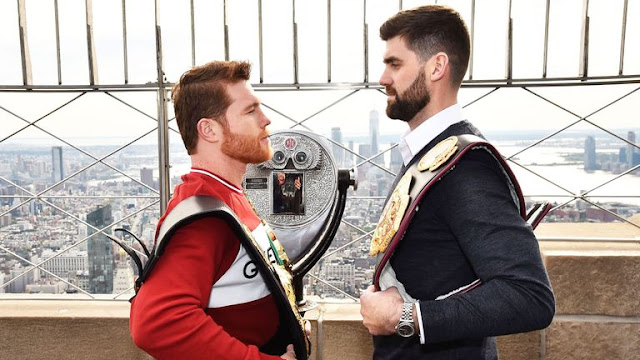 WBA ‘regular’ super-middleweight title holder Rocky Fielding has shown great concerning his next opponent Canelo Alvarez, questioning if he will be fully recovered after the fight with GGG.

Tyson Fury A Million Percent Sure Of Defeating  Deontay Wilder

Fielding claimed to see injuries from his fight with GGG during face off and doubts he will be full recovered before their fight on the 15th of December.

“When we had the face off, the first thing I saw were cuts from the ‘GGG’ fight which were still fresh,” said Fielding.

“There’s no way he’s going to be able to put eight pounds of muscle on since his last fight, but he’s elite and I know that it’s my biggest test.

“I’m confident, though. I wouldn’t have taken it otherwise. It’s at my weight, and I am big for the weight. I can punch, I’m heavy-handed and I can box.”

Fielding also welcomes the challenge of retaining his title, away from home and affirming to the difficulty of remaining a champion than becoming one.

“This is my first camp training as a world champion, and I know that it’s harder to stay as a world champion than become one because it’s like there’s a target on your back,” said Fielding, who stopped Tyron Zeuge to take the title in July.

“Everything about the fight is big, but we’re away from it all in Manchester. There’s no Madison Square Garden bright lights there, so we’re focused on the plan with [trainer] Jamie [Moore].

“Canelo doesn’t make many mistakes, so we’re going to have to draw those mistakes out of him. He boxed in a 12-round war in September and now he’s gone into another camp to box me in December. Will his body hold up through another camp after that war?”