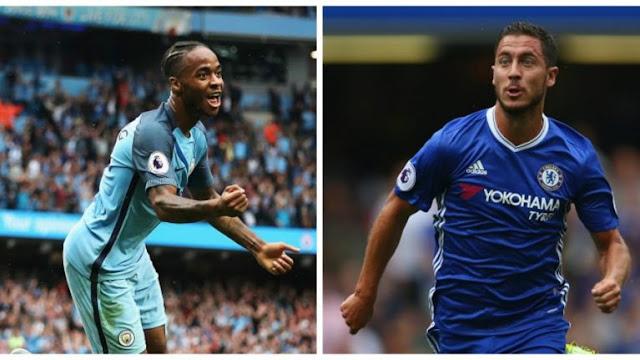 Skysports pundit Jamie Carragher believes that Raheem Sterling is now in the same level with Eden Hazard and among the Best in the Premier League.

Raheem Sterling scored a brace in his last outing with City, lifting his goals tally to six tbis season and has reportedly agreed a Deal, which will see him earn above $300000 annually.

Carragher is of the opinion, that his performances and achievements ranks him among the best in the Premier League.

“A young English lad is thriving in a team with the best manager in the world,” Carragher said on Sky Sports’ Monday Night Football.

“He’s up there with the best players in the league. He deserves everything he gets. On the back of the Spanish game in an English shirt, hopefully we will see that a little bit more.

“He does need to up his stats in terms of goals and assists for the national team. But what he is doing for Man City, we always talk about Silva and Aguero, and he is now in that company.”

Manchester City have scored 33 goals this season and have conceded only four goals in eleven league outings this season. They also stand as favourites to win this seasons UEFA Champions League, which is a trophy they have failed to win.