Pep Guardiola admits His Admiration For José Mourinho Ahead Of Derby 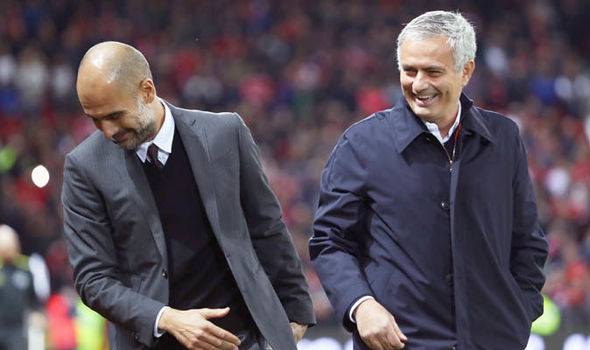 Manchester City Boss has expressed great admiration for Manchester United Boss Jose Mourinho, due to the way he handled himself during crisis period at Old Trafford.

Manchester United have been termed lucky recently with their recently frequent last minute Comeback wins and will try their luck against the Flamboyant and Undefeated Manchester City at the Ethiad.

Despite his ambitious intentions of defeating Manchester United, Guardiola understands what it feels like to be in crisis and sends his sincere sympathy to the managers in such situations.

“I admire not just Jose, all the managers, especially when they have tough problems,” Guardiola said ahead of the Manchester derby.

“The situation he lives I have lived in the past myself and when it is going bad I will be in the same position.

“I want to beat all the managers. We are not all friends – it is not necessary to be friends – but I am in the same position and when they suffer I know I will be there sooner or later.

“Especially I admire the managers that react in the tough moments, when you lose games, and, both of us, we are similar.

“The expectation of us all is so high. If we don’t win, always we fail. He reacts and still stands up and keeps going.

“We have to win all the titles we play for. We are quite similar in those situations.”