Skip to content
HomeBoxing NewsMartyn Ford : Out To Inspire The Younger Generation To Success

Martyn Ford : Out To Inspire The Younger Generation To Success 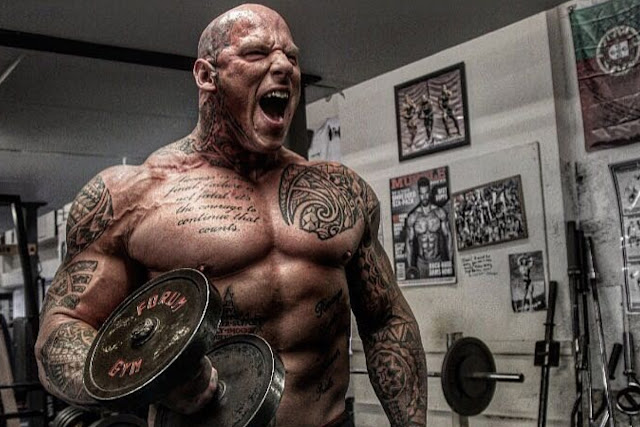 Martyn Ford, 6-foot-8, over 300-pound frame nicknamed “The Nightmare” made his debut in the KSW cage last month with many in the MMA community having little knowledge about the former Cricket player.

Kamaru Usman : Rafael Dos Anjos Will Be Outmanned And Outgunned At TUF 28

According to Ford, moving to KSW, was due to the fluidity of the promotion in adopting stars from other sports into its stable and also did so in order to inspire the younger generation and improve,  MMA as a whole.

Bellator 211 Weigh In Results And Highlights

“I’m not going into this imagining that I’ll be fighting for the championship belt. I’m not living in Fantasy Land,” Ford told MMA Fighting.

“I very much understand the format that KSW has and how they allow different celebrities to crossover to get into this industry. It was a no-brainer for me. I feel like I have a genuine opportunity to help push the sport forward even more. MMA has grown hugely over the last number of years, but I think I can bring a whole new demographic to the sport. I think I can encourage people to actually give it a go.”

He is also careless about the critics and their sayings, thats why his plan of moving from Cricket to 300-pound fitness influencer  and even moving to MMA was successful.

“I’m not really bothered with the 40-year-old guys who are online taking the piss. I’m more concerned about the young people,” he said.

“I want them to believe that they can do anything they put their minds to if they completely dedicate themselves to something. There aren’t a lot of people explaining to our younger generation that it’s going to take a lot of hard work, but if you put the work in you can change your life and be a success.”