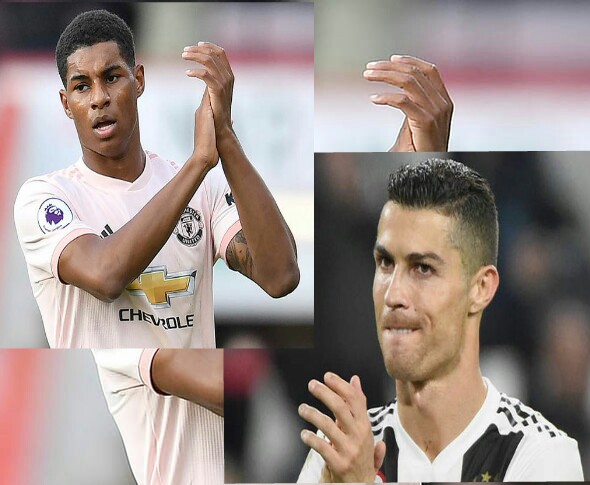 Rashford Made Clear, Cristiano Ronaldo might be lining up today with the Enemy Juventus against his beloved Manchester United but, He grew up adoring the Portuguese, just like every United academy and Young fans of those days did, when he was with United.

Rashford also said Ronaldo is not just an ordinary player, making reference to his age and the career direction of Footballers around his age. For him “there is no bigger inspiration”

“The thing that is a massive eye-opener for me now is I remember when he first came his talent was arguably one of the biggest talents that we’ve seen at Manchester United for a long time; to have him and Wayne [Rooney] in the same team was amazing when you look back,” Rashford said.

“But the way he’s sustained his career and even improved year on year is just amazing.

“People don’t do that at his age, people are usually heading towards the end of their career and their level starts going down a little bit, but he’s just gone up and up and up.

“For me, there is no bigger inspiration in football.

“I could speak for a lot of young players and United fans that watched the team when he was here and the majority of us have followed him as he’s moved on in his career and that’s what’s special about United.

Rashford also made clear that he will always be United Family, deapitedthe fact that he moved on to achieve great success around Europe.

“Once you play for this club you become part of this family even if you move on.
“There is always something that remains in your heart, you could see that when he returned [to Old Trafford] from our fans.

“When you play against a player like that you have to respect his qualities but at the same time you have to play your game and you can’t show fear to that type of player.”

Manchester United head to Turin to face Juventus, hoping for a win that gives their UEFA Champions League knockout Qualification hopes some life after losing 1 – 0 totthem a fortnight ago at Old Trafford.

Cristiano Ronaldo Cries Out After Juve Loss To Manchester United