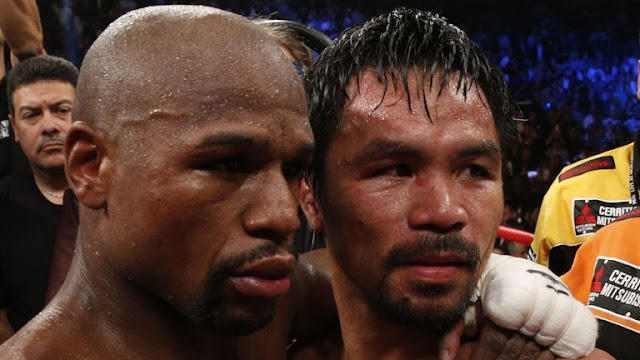 Floyd Mayweather defeated Manny Pacquiao in a fight billed “Fight Of The Century” back in 2015 in Las Vegas  Texas. A seem very keen on Avenging.

“I had a shoulder injury…but this time, if this re-match happens, there are no excuses, no alibis.”

Both fighters had expressed interest in finalizing terms for the fight before the end of the year but will have to face one more opponent before the fight probably becomes a reality.

Manny Pacquiao,39, will take on Adrien Broner early next year,  while Floyd ‘Money’ Mayweather, 41, announced on Monday he would be fighting Japanese kickboxer Tenshin Nasukawa on New Year’s Eve in Japan.

Froch : Bellew KO’s Usyk, Only If There Is A Strong Game Plan