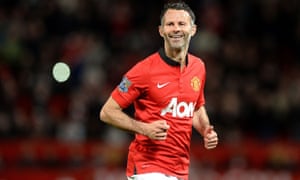 Manchester United are seven points from the UEFA competition qualification spots and during the weekend  settled for a goalless draw against Crystal Palace at Old Trafford but Ryan Giggs believes that changing the manager will not improve anything at the Club.

Jose Mourinho On Gives Positive News Ahead of Weekend

The result left the Red Devils at the 7th spot on the Premier League table, having now gone two Premier League games without a win, leaving blur their top four hopes.

“I don’t see why changing the manager at this stage will change anything,” Giggs told Sky Sports News .

“Everyone knows what a successful manager he’s been over the years. I believe that bit of stability we’ve not had over the years – we need to stick with him.

“But results also need to change. I think we’ve got the manager, the players to do that.”

Ryan Giggs also believes that United will have to win the remaining games of the season to make it to the top four this season.

“Manchester City and Liverpool, the teams up there, they are consistent,” he added. “When you’re not the gap is obviously going to be big.

“When your nearest rivals are that far ahead of you it’s hard to take. It’s still 13 games into the season, time to claw it back.
“But the only way of doing that is going on a run of seven or eight games unbeaten – small steps to build that confidence back up.”