Luis Ortiz : If Deontay Wilder Attacks, Tyson Fury Will Get A Short Night 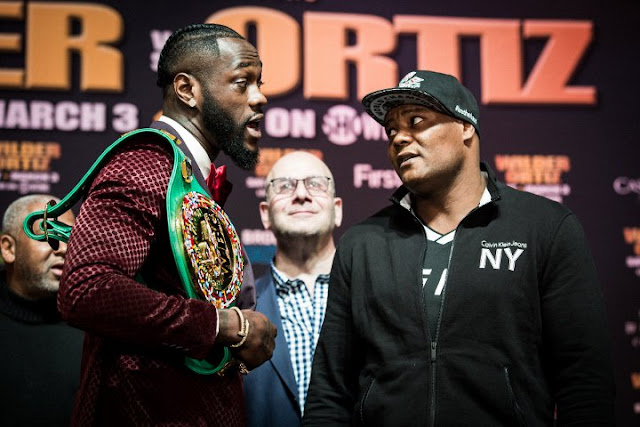 Heavyweight contender Luis Ortiz believes to land a rematch with WBC Heavyweight Champion Deontay Wilder in the near future, as he keeps plowing through his opponents, since his loss to the Champ.

Luis Ortiz (29-1) got stopped by Deontay Wilder back in March 3rd, 2018 and narrated his experience and what it takes to be in the ring with the knock out artist. He believes Fury will find it difficult to stand him.

“Even though Wilder is basic, he is very awkward with his approach. His punches don’t come how you would think traditionally they come. His one-two and one-two-three don’t come the way you expect. If he comes like that and attacks Fury then it will be a short night for Fury,” Ortiz explained.

“Fury won’t have an answer to that. The more classic fighters style are easier to defend against because that is what you are taught to defend against and that is the advantage for Wilder and he has a rocket for a right hand.”

Ortiz had Wilder in serious trouble in the seventh round of their fight, admitting his mistakes and believes he deserves another shot at the green belt just to erase doubts.

“I think I deserve a rematch. A rematch to erase any of the doubts the fans may have about the result of that fight. I had Wilder hurt but I made mistakes and I got tired. I believe that I should get a rematch,” Ortiz stated.