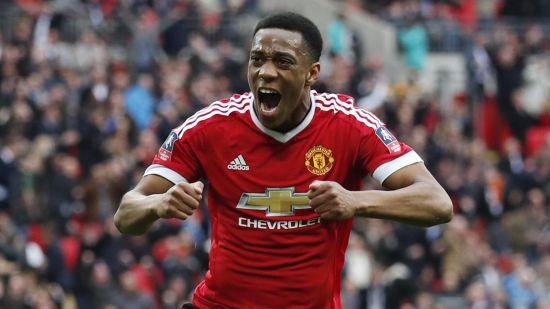 Manchester United Boss Jose Mourinho appeared to a tumultuous relationship with the French forward few months back and information had it that, he was forcing an exit from Old Trafford . Then suddenly the youngster clicked and has since scored in five consecutive Premier League games.

Jose Mourinho, who’s side will hope his form helps United in the Manchester Derby explained the secret behind his recent Form and his career potential in an exclusive interview with Helen Evans.

“I never gave up,“ Jose explained. ”I never gave up my feelings that this was the right way for him, even if he had to go through difficult moments.

“I knew that for him to become a really top player, he needed to overcome some barriers that I put on the road for him. It is up to his talent, because he has phenomenal talent.
“It was just a question of him understanding what a top player is because there is a big difference between a top talent and a top player.”

Apart from the praises level for Martial by the Portuguese, the france manager Deschamps has some more for the lad, having endured some hard times at Old Trafford with the Club.

“Anthony has been with the national team for a while now,” the former Juventus midfielder said at a press conference on Thursday. “He’s experienced both good and bad times, which is also the case for his club.”What he’s currently achieving with Manchester United is closer to what he’s able to do regularly. I’m talking about commitment and efficiency in front of goal.
“He’s a young player and I hope he is becoming more mature. He has proved that on the pitch by how important he’s been for Manchester United for a few weeks already. It’s obvious by Jose Mourinho’s choice [to start Martial] and what he’s doing on the pitch.”