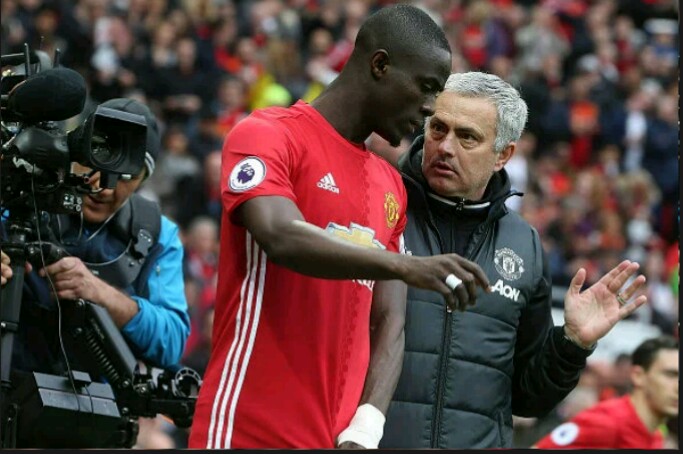 Manchester United Boss Jose Mourinho has had issues with his Center Back selection this season and had, during the summer planned to get more “World Class” Center Backs.

Manchester United have so far this season conceded 21 goals in the Premier League, settling for Lindelof and Smalling in the center of the United defense.

Jose Mourinho explained his choices, difficulties he is facing and those capable of doing the job in his truckload of benched  center backs which include Marcus Rojo, Phil Jones and Eric Bailly.

Surprisingly, Jose Mourinho has chosen Eric Bailly as one of those most likely to improve among those afore mentioned defenders, citing his height issues as reasons behind his time on the bench.

“I think Smalling and Lindelof are playing much better than the beginning of the season,” Mourinho said.

“I decided to give Victor the opportunity of his evolution, evolution with some mistakes yes because he is young, especially young in the Premier League. We decided to give him this continuity which I think it is clear it has improved him.

“Bailly has physical qualities, he is very fast [but] he is not very tall. We thought that Chris Smalling would give some balance in relation to the qualities. Chris is very good in the air. He is tall and dominant in the air.

“Victor, in the building up, is better than Chris. We have found the balance. I repeat, they are not perfect but nobody is perfect. That couple is performing quite well.”

Jose Mourinho also analysed the motivational issues he is facing, while trying to put Phil Jones back in the starting line up, Injury issues on Marcus Rojo and gave insight on Eric Bailly, why he won’t play against Crystal Palace but play against Young Boys in the mid week.

“If I put Phil Jones on the bench five matches in a row and never Rojo or Eric. I’m trying again depending on the matches and situation.

“Marcos is injured a lot of the time so he is a little bit behind but between Phil and Eric, we are working like this. When we decide to make a rotation, when we need to make it we will make it and they are there to play.

“I can tell you because he already knows, tomorrow Eric is not playing and not even on the bench. But don’t be surprised that next Tuesday he plays.”