Jose Mourinho Sends A Love Letter To His Critics 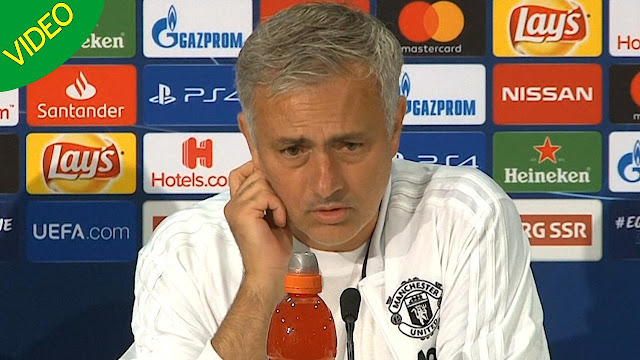 Jose Mourinho made sure to give out statistics, after Manchester United into the UEFA Champions League round of sixteen for the second time.

The 56 year old, reacted with an outburst of emotion, taking hold of the Water Cans, smashing and kicking them, after Fellaini secured this seasons UEFA Champions League knockout spot with a 91st minute goal inside the Penalty box.

“Let me send a message to my lovers and let me say that I’ve played Champions League for 14 years and I’ve qualified 14 times,” the Portuguese told his post-match press conference.
“The two years where I didn’t play in the Champions League, I won the Europa League twice.

“So in 16 years, 14 times I qualify and twice I play Europa League and I won. So just curiosity for my lovers and the lovers of the stats.”

Mourinho, however admitted, his side is struggling to find the net, narrowing the blame to Marcus Rashford, who clearly missed a lot of chances in both half of the game.

He was moody and very down throughout the game at old Trafford and wasted no time in also sending a food for thought to his critics of his emotional reactions.

“We don’t score enough goals but it is not just about Marcus, it’s about us as a team,” he added. “It is very difficult for us to score goals.

“But Marcus makes the movement, makes the runs, works hard when he does and doesn’t have the ball and I can never blame a player because of missing chances.

“Can myself or another manager have a reaction or frustration? Can I have on the touchline, where not a lot of the ones that comment on football have been? Not many of them were there.