Jeff Horn Knocks Out Anthony Mundine In Than Two Minutes 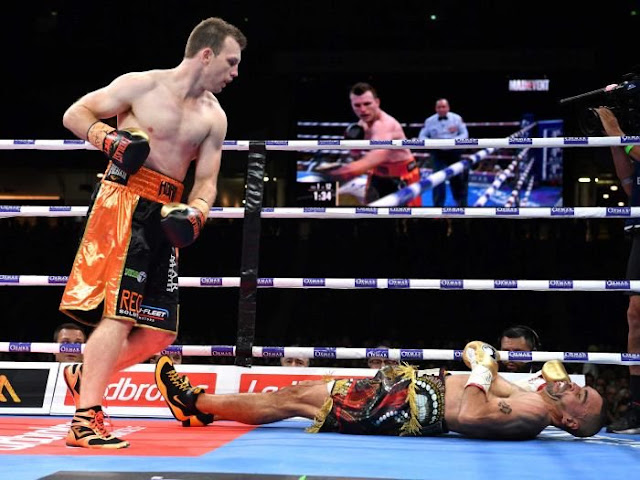 The 43 year old Mundine was dropped with a left hook in exactly 1:66 minutes of the first round  their scheduled 12 round bout. Mundine tried to get up but the fight was called off, as the referee dimmed him unfit to continue.

Tyson Fury, A Million Percent Sure Of Defeating Deontay Wilder

The loss is Mundine’s fourth by knockout, slipping to 48-9 (28 KOs), the worst loss and possibly the last fight of his long career.

Jeff Horn, who was younger and more athletic than Mundine, used his advantage  immediately after the opening bell, over powering the aged Mundine to improve to 19-1-1 and recorded his 13 knockout.

“Look, I was expecting a tough fight from [Mundine],” Horn said. “I think he probably put it all in, all the buildup stuff was a real big buildup. I guess [it] got my adrenaline going, but I felt really, really strong in this fight.”

“It was, actually. I was expecting a real hard fight. … It saves my brain just that little bit more. I’m happy to get it over and done quickly.”

However after the fight contested at a catch weight of 156½ pounds, Horn flirted with the possibilities of moving up in weight