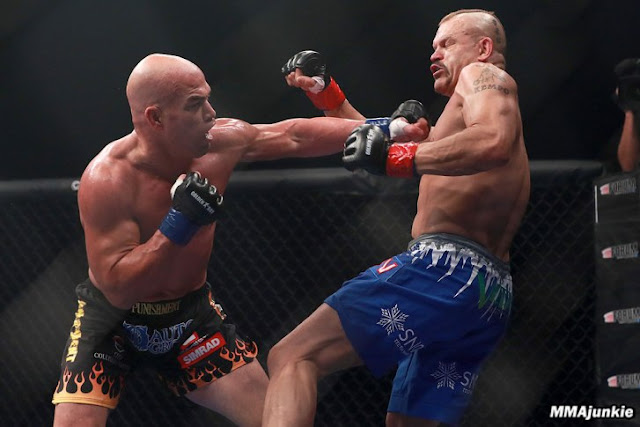 The highly anticipated Trilogy between chuck Liddell and Tito Ortiz,  brought up in the inaugural Golden Boy MMA Trilogy ended with a first round knockout, as Tito Ortiz carried out the perfect revenge on his previously always victorious foe ChuCh Liddell.

The former UFC light Heavyweight Champions, where both busting out of retirement for the Trilogy of a fight that ended with Liddell winnig with knock outs back in 2004 and 2006 at UFC 47 and UFC 66.

ONE Championship 85 Results : Conquest Of Champions

The younger Ortiz was more victorious in early exchanges, stalking Liddell around the cage and the even taunting him to give him a shot on his chin.

Ortiz grew in confidence and at the end knocked out Chuck Liddell, after both engaged in a flurry of exchanges that ended up with Liddell landing on the canvas before the referee stepped in to ended the fight at exactly 4:24 of the first round.