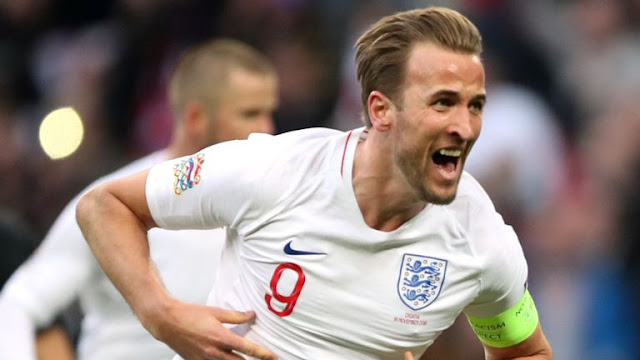 England came from behind to defeat Croatia at Wembley to qualify out of League A group 4 . Thanks to two late Goals from Jesse Lingard and Harry Kane
Goals (2 – 1) And Cards

⚽ England have won four of their last five matches (D1), having won just one of their six before that (D1 L4).

⚽ This was Croatia’s first defeat against England since September 2009, when they lost 5-1 in a World Cup qualifier at Wembley

⚽ Harry Kane ended a run of 747 minutes without an England goal, scoring his first goal since his penalty against Colombia at the World Cup; this was his 20th England goal.

⚽ Jesse Lingard’s goal for England was their first goal via a throw-in since May 2014 (Daniel Sturridge v Peru).

⚽ Andrej Kramaric scored with Croatia’s first shot on target of the match.

⚽ Jesse Lingard has scored as many goals in his last two England matches (2) as he managed in his first 20 caps for the Three Lions.

⚽ England qualify for the finals of the Nations League; Croatia are relegated.

⚽ England have won 15 of their last 16 competitive matches at Wembley (L1).